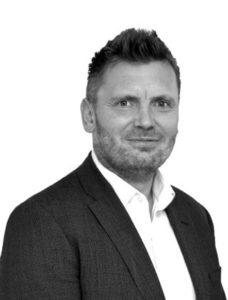 Richard Cook joined AMD Environmental in January 2014. His primary focus has been working on bespoke M&E projects, mainly for the HSBC banking framework. Richard has proved to be an asset to the company and was promoted to Contracts Director in July 2019.

Richard qualified as an electrician through the modern apprenticeship route and has 24 years’ experience within the field showing that he has a wealth of experience and knowledge. He has worked with a vast array of contractors in numerous sectors, including high end residential, commercial banking and the commercial office sector.

Richard also ensures AMD maintains its high standard with the completion of all electrical projects as the NIC-EIC Duty Holder for the business.

Richard is married and has three young children. He enjoys a variety of leisure activities such as travelling, running, spending time with family, sport and attending social events.

Back to Our people